Jayred and Rachel Win at YBC!

By Brain Power in Newsletter 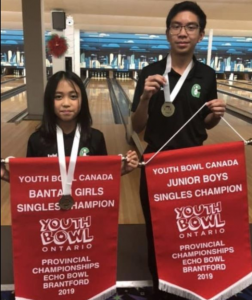 They will both compete in the YBC Championship Singles National Finals on May 3-5, 2020, in Calgary, Alberta.

This competition is considered as one of the most prestigious tournaments in Youth Bowling Canada!