By Brain Power in Book Club

On May 4th, a group of Brain Power students, led by Dr. Karine Rashkovsky and Dr. Jason Boulet, attended the Young People’s Theatre’s production of Antigone. This production is a fresh and timely adaptation of the classic Greek story, inspired by the 2014 student umbrella protest in Hong Kong and the 1989 uprising in Tiananmen Square. In this riveting new play, “re-education” awaits anyone who questions the state’s traditional doctrine. Antigone faces high stakes as she stands up for her brother against her father’s complicity with tyranny. In the courage of a young woman, there is hope for the future. 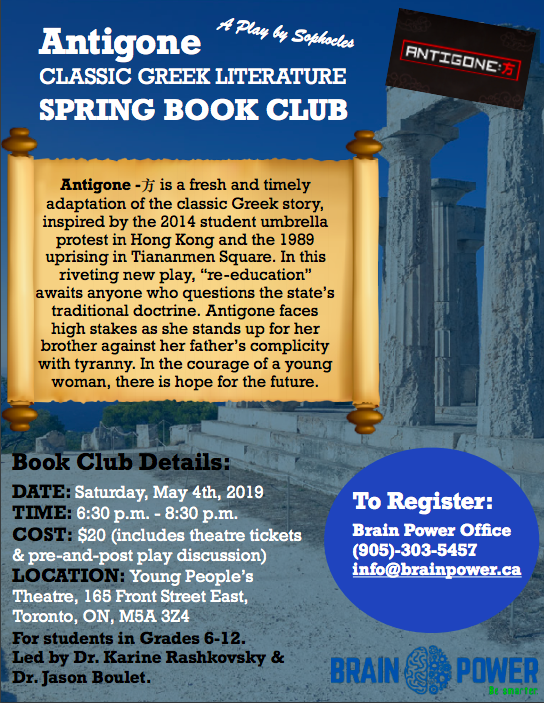