By Brain Power in Awards and Accolades 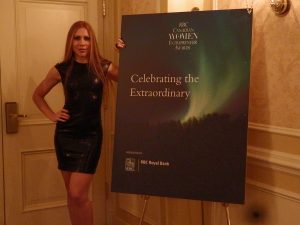 She has been nominated several times by the Royal Bank of Canada’s Women Entrepreneur Awards (2011, 2012, 2013, 2014, 2016, 2017) the premier national awards program celebrating the achievements of the most successful female entrepreneurs across the country. In 2014 she received the honour of a special ranking, being placed within the top 10 nominees from across Canada.

Karine is proud to be recognized as a woman of influence in the field of business, especially since it makes her a strong mentor and role model for girls and female adolescents at Brain Power.