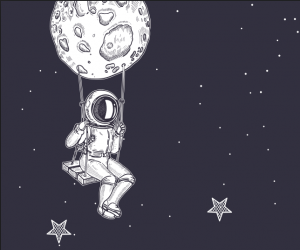 In this interactive, hands-on, day-long science activity, students will attend a field trip at the Dunlap Observatory – Canada’s largest optical telescope – where they will receive a private tour accompanied by two PhDs who are experts in their fields!

Following the tour, the students will have the incredible opportunity to view and learn about astronomy tools from the University of Toronto Scientific Instruments Collection which will be specially transported for the first time for an only-at-Brain-Power experience.

The day will culminate in a telescope building workshop, led by Dr. Marcelo Bacha, an authority on telescopes!

Dr. Marcelo Bacha completed his undergraduate degree in Physics-Education and his master’s degree in Material Science and Technology at Sao Paulo State University Julio de Mesquita Filho. He completed his doctoral degree in Material Science and Engineering at the University of Sao Paulo. Marcelo worked for six years as a monitor and an amateur telescope maker at the Astronomical Observatory Lionel Jose Andriatto, and for two years as a teacher in one of the biggest Astronomical Observatories in Brazil CEU Foundation. During this time he coauthored the book Construção e utilização de lunetas no ensino de astronomia (The Construction and the Use of Telescopes in Astronomy Teaching). He also has four years of experience in university-level Mechanical Engineering departments, teaching physics, thermodynamics, heat and mass transfer, CAD, as well as supervising capstone projects and undergraduate research. As a teacher, Marcelo believes in the Paulo Freire theory, which says that true education provides freedom by teaching students how to learn through critical thinking.

Dr. Adam Richter earned a Specialized Honours bachelor degree in History from Glendon College of York University. After completing a Master’s degree at Dalhousie University, he earned his doctorate at the University of Toronto’s Institute for the History and Philosophy of Science and Technology. Adam’s research focuses on the history of science in seventeenth-century England, particularly the relationship between science and religion in that period. He has received numerous academic awards, including the prestigious Nathan Reingold Prize, which is awarded by the History of Science Society for the best essay by a graduate student. As a teacher, Adam strives to create a stimulating, humorous, and accepting classroom environment for all students. He is particularly passionate about encouraging students to become stronger writers and speakers.

To find out more or register, contact our office: info@brainpower.ca.

Get in touch for a
free assessment interview.