Historical Myths and Where to Find Them – Brain Power

Historical Myths and Where to Find Them 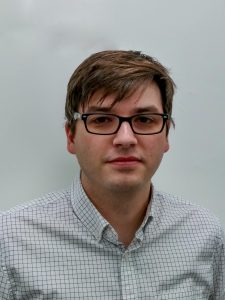 Myths about history are everywhere. The more you learn about history, the more you’ll find that what you think you know is wrong, or at least a little inaccurate. That certainly happened to me while I worked toward my PhD in the history of science, and it continues to happen to this day. And as someone who researches and teaches history, I also regularly find myself correcting myths, both in the classroom and in casual conversation. No, science was not suppressed by the Catholic Church in medieval Europe. No, people weren’t executed for claiming that the Earth revolves around the Sun. No, Isaac Newton didn’t come up with the idea of universal gravitation when an apple hit him on the head. Does any of this matter, though? So what if we make some mistakes when talking about the past: does that affect our lives in the present?

Most historians act as though this matters quite a lot.1 In the history of science, for example, entire books have been dedicated to correcting historical myths. This isn’t just a matter of stuffy academics getting uptight when people get the facts wrong: historical accuracy matters. For one thing, it might matter for your job. Imagine being a diplomat who has to meet with officials from another country. That meeting would go badly if you kept getting the facts wrong about that country’s history! Or, imagine being a writer of historical fiction who can’t accurately describe the time period in which their stories are set. You’ll have a tough time getting a contract from a publisher! These are just a couple of examples, but the point is that you never know how accurate historical knowledge might be important for your career. That’s why history classes (and Language Arts classes in general) are so valuable: somewhere along the line, the knowledge you gain from such classes will turn out to be useful.

But even if history doesn’t have much to do with your job, your understanding of history has the power to shape how you view the world. Consider what you believe about the history of your country, your community, your profession (or the profession you aspire to enter). Don’t these beliefs affect how you act, how you work, how you vote (or will vote when you’re old enough)? In fact, some historical myths can be extremely harmful, particularly when they feed into racist and prejudicial beliefs. Some historians have made it their mission to counter these myths. But not all historians specialize in subjects that make it necessary to confront online racism and prejudice in this way. That being said, you don’t need to be a particular kind of historian ––or a historian at all––to recognize historical myths and their power.

Of course, our knowledge of the past will never be perfect. Historians are always uncovering new evidence and developing new approaches to interpreting the past. Still, there are many things that we know to be wrong, but are nevertheless widely believed. So, what’s the solution? For starters, you can learn how to spot historical myths in the wild. To that end, here are some clues that will help you determine whether a historical claim is a myth:

These historical myths typically describe entire time periods or geographical regions without accounting for any variation within them. One common type looks like this: “Medieval people were/did/believed/ ___________”. Right away, claims like this seem unlikely. What are the odds that people everywhere did or thought the same things over a thousand year period (from around 500 to 1500 CE)? Perhaps you’ve heard that medieval people thought the world was flat. In reality, we know of very few examples of people claiming the Earth is flat during the Middle Ages. In Europe, at least, people had known the Earth was round since the ancient Greeks had demonstrated that fact around the 5th century BCE! This is just one of numerous common misconceptions about what people believed during the Middle Ages. Myths like this remain popular because they tie into widespread (but mostly unfounded) assumptions about the intellectual shortcomings of medieval people compared to those in later periods. But the most telling feature of these myths is that they oversimplify and overgeneralize about the past. Be wary of historical claims that treat the past like it’s so neat and tidy that you can talk about it all at once––nothing could be further from the truth!

2) The claim projects modern-day ideas onto the past

Students of history are often misled by what we call “presentism”: the use of present-day ideas in historical contexts where they don’t make sense. Take science, for instance. People have been studying the natural world for millennia, and our current beliefs owe a great deal to traditions dating back, arguably, to ancient Mesopotamia. But have most of those people throughout history been doing science? Most scholars in my field would say no: modern science as we know it––with its experiments, trained professionals, and strictly natural explanations––was only firmly established around 200 years ago. And yet, we routinely hear bold historical claims about science before that time. One of the most common of these claims is that science has been engaged in a perpetual conflict with religion that can be traced throughout history. But how could there have been a conflict between science and religion before science existed? Claims about the longstanding science-religion conflict typically make the presentist error of imposing modern ideas of “science” and “religion” onto the past.2 The same problems arise with many historical claims about things like democracy, justice, gender––basically, anything whose meaning has changed dramatically over time. But how do you know whether their meanings have changed? The best way to tell is to take a close look into their history!

3) The claim seems primarily motivated by a political agenda

Everyone has a political position. In fact, everyone has a variety of biases, some visible and some hidden, that affect how we interpret the past. Historians are aware of this, and they usually try to acknowledge the personal factors that affect their work. But they also strive to make conclusions based primarily on the information they find in historical texts and artefacts. Reliable historical claims are deeply rooted in evidence and are chiefly motivated by a desire to get the facts right. However, many claims about the past are not like that. The more time you spend online, the more likely you are to encounter someone claiming to reveal an earth-shattering historical truth that just happens to align with their political position. A telltale sign of this type of claim is that it’s presented as what somebody (the government, a political party, your professor, etc.) “doesn’t want you to know”. It usually turns out that the “secret” is bogus. In some cases, it’s true, but it’s simply not a secret: historians have already written about the subject, and have placed it within its appropriate context so that it doesn’t lead to any unnecessarily radical conclusions. The “shocking” historical “secrets” that you encounter online are often little more than the basis of a politically motivated myth.

So, what can you do about these historical myths? How can you avoid being misled? The best way to spot historical myths is to keep learning about history. Seek out reputable sources––books, articles, tv and radio programmes, museum exhibits, websites, and blogs—produced by people with training in historical research. Take advantage of resources like Brain Power that expose you to sophisticated historical material. It’s not just accurate content that you’ll find there: these sources offer lessons on how to think critically, carefully, and contextually about history. Our society has never needed that more than it does now.

1. See, for example, Ronald L. Numbers and Kostas Kampourakis, eds., Newton’s Apple and Other Myths about Science (Cambridge, MA: Harvard University Press, 2015). This source deals with several of the myths I mention in this blog post, including the supposed suspension of science during the Middle Ages and, of course, Newton’s famous apple. There’s also a related volume tackling myths about science and religion, including those I mention in the first paragraph: Ronald L. Numbers, ed., Galileo Goes to Jail and Other Myths about Science and Religion (Cambridge, MA: Harvard University Press, 2009).

2. One of many excellent sources dealing with this issue is Peter Harrison, The Territories of Science and Religion (Chicago: University of Chicago Press, 2015).