Gaining an Academic Advantage: The Power of Creative Writing! 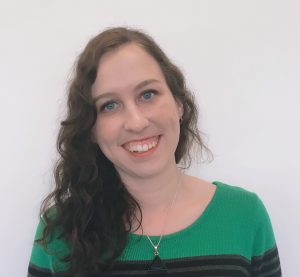 In his 2001 book, “Arts with the Brain in Mind”,  Eric Jensen — a former teacher and co-founder of the “Brain-Based Learning” program that develops lesson plans with the cognitive development of the brain in mind — writes, “The arts enhance the process of learning. The systems they nourish, which include our integrated sensory, attentional, cognitive, emotional, and motor capacities, are, in fact, the driving forces behind all other learning.” Plato, too, spoke to the importance of creativity in education, citing literature as the main “Instrument of Education” in the journey of lifelong learning.

“Nothing is created in a vacuum.” It’s a familiar assertion dating back to ancient Greece, but the concept becomes increasingly relevant in our age of information saturation. When writing fiction, there is no way to represent the world — or create a world — without thinking deeply about and engaging with your surroundings. It is nearly impossible to write without research.

Over the past two years, I have been writing a novel that works within the genres of “climate-fiction” and “dystopian fiction.” The novel is set in our world after an environmental crisis, and it depicts the ways in which humans develop resilience in the face of disaster. I began writing with the notion that a novel so rooted in an alternate reality (perhaps a future reality) relied on my imagination and cursory knowledge and that the research component would be minimal.

In the task of writing fiction, I travelled down hundreds of research paths, including forays into environmental science, sociology, medicine, and psychology (often in peer-reviewed journals). I read three books about the science of volcanic eruptions and two books on Pompeii. What began as a mission to create something from nothing became a mission to understand the world I lived in, to solve problems, and to think critically.

I pursued creative writing because I didn’t want to limit my interests. I wanted to study sociology, psychology, Canadian history, gender studies, and biology. But how could I do it all? Writing became a way to take control of the process of learning, and to engage with the information age in a way that felt ordered.

The curriculum at Brain Power is built on a similar foundation. In a typical Language Arts class you will find vocabulary and grammar exercises — building blocks to clear communication and the expression of ideas — but there are also discussions of bigger concepts: perhaps a reading on panda bears that we edit for grammar, a discussion of gender roles in fairy tales, or conversations about the benefits of diversity when making connections in a reading. The content is at once modern and tailored to the interests of the specific age group. There is something to interest everyone. The creative writing exercises used in Brain Power’s Language Arts classes provide opportunities for students to push their learning in the direction of their choice, with the resources of Brain Power backing them in their exploration.

But don’t just take it from me: according to a 2013 Mississippi State University research report, “when teachers reinforce academic concepts with the arts, students learn more and score higher on standardized tests.” Integrating creativity in the classroom creates repetition of important concepts and individualizes the education experience student-to-student, while allowing students to implement their own unique learning style to synthesize key concepts.

Judy Willis is a neurologist and teacher-consultant with the South Coast Writing Project, and in a 2001 interview with the National Writing Project, outlines some of the neurological benefits of creative writing. “Multiple sensory-intake systems such as talking, writing, moving, and listening enhance long-term memory. The multi-sensory intake and positive social interactions are reflected in neuroimaging with activation of multiple neural networks,” writes Willis. Creative writing helps with analysis, recognition, symbolic conceptualization, and works with the cerebral cortex to sort and recall information. We are developing the skills to solve problems.

When writing creatively, one is constantly trying to solve problems. While at work on my novel, for example, I needed the protagonists — who had fled to different areas of North America — to meet each other on Vancouver Island. The problem? The characters had no reason to go to Vancouver Island, and the obstacles to getting there would be immense. I sat for two weeks with this conundrum. Then, via a friend’s social media post, I discovered an article detailing a rumoured network of tunnels underneath the city of Victoria.

It was as if every neural pathway in my brain lit up. Quickly, I put the pieces together. A network of tunnels would offer protection from an environmental disaster. The power of the rumour could draw my characters to the island. Before I knew it, I was connecting every hopeful narrative in my novel to this discovery. My problem was solved.

As humans, we want to solve problems. The release of dopamine while problem-solving has been well documented. (See Jan Bowen’s article on the effects of puzzle-solving). Think of the prevalence of mystery novels, the ancient rite of riddles, or the puzzles we solve in newspapers or on our smartphones every day for entertainment. Now, what if you could take that pleasure and imbue it with real-world learning, growing and flourishing at once?

Creative writing is communication made thrilling, empathy made visceral, and freedom made simplified. If there’s a reason some students are intimidated by creative writing, it is perhaps because they don’t feel confident in their ability to wield the tools. At Brain Power, we work to help students feel confident with these tools, so that, as they learn, they are able to become active learners and creative thinkers. Students at Brain Power are being equipped with strategies that could help them solve problems they might face, and to creatively engage with the world around them through their own unique perspectives.

Kaitlin earned her B.A. from the University of Victoria and an M.F.A. from the University of Guelph’s competitive Creative Writing program, where she focused on fiction and playwriting and completed a novel as her thesis. Her writing addresses themes of environmental impact, Canadian identity, and nostalgia in our era of the internet. Kaitlin’s work has been published in literary journals across Canada and the United States, and her plays have been produced in Victoria, British Columbia. She was recently longlisted for the Jacob Zilber Prize for Short Fiction! In her spare time she works as a freelance journalist for the Canadian media publication, Exclaim!

To learn more about the power of creative writing in academia, see the following articles: